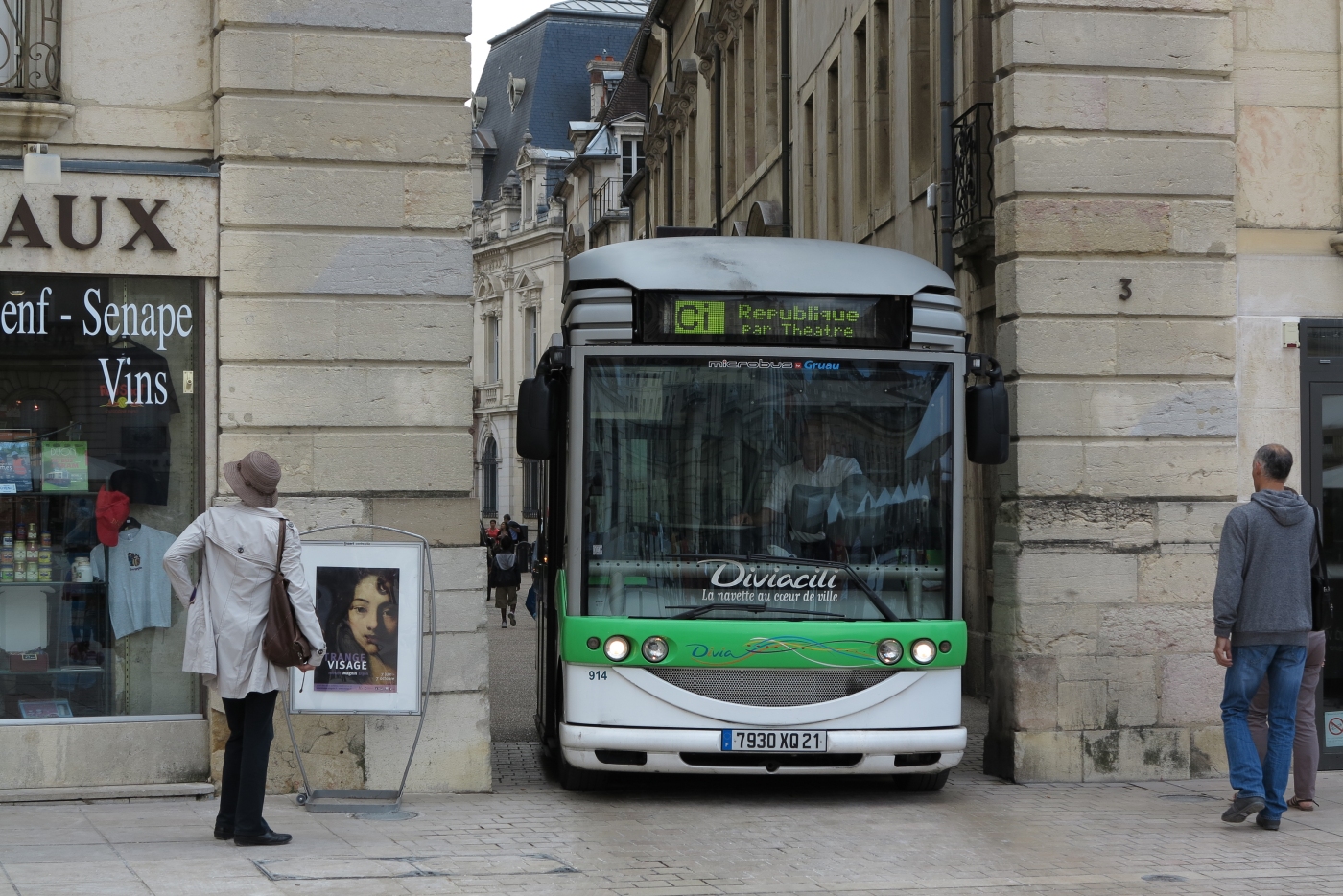 Dijon is too small and largely untouristy to have its own hop on hop off bus. What to do? We hopped on the navette instead. The navette is a tres cute little bus, fresh off the pages of a French Disney film set. It’s small, chunky and zips around with the kind of self-importance that only small things can muster. Best of all, it’s free. The city of Dijon runs several navettes at a time and each navette circuit takes an hour. I think they do slightly different routes, but unfortunately my French wasn’t up to the nuances of the navette timetable. It works out that wherever you happen to be in downtown Dijon a navette is bound to appear in fifteen minutes. It’s the same as a hop on hop off bus (minus the commentary) but it’s really aimed at Dijon’s citizens, in fact the lovely Caroline at Dijon Tourism didn’t really think we’d be interested in it. Au contraire!

When we joined the navette we found that most of Dijon’s citizens were old folks. It was kind of funny zooming around Dijon with some of France’s finest pensioners. These old French fogies were really chatty and up for a discussion (in French). No nana naps on the navette!

The navette driver must have wondered what a couple of camera-toting people under 85 were doing on his bus, but it was a fun way to experience the real Dijon. And I love any city that puts on free (and good) public transport. 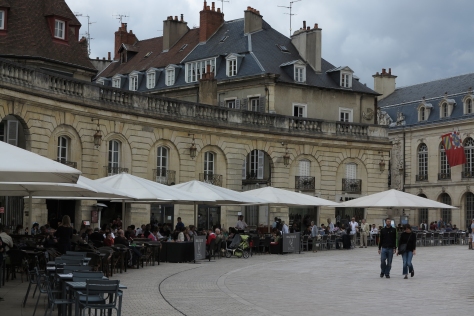 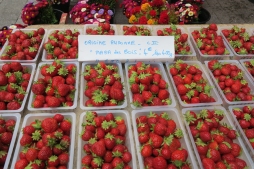